Skip to content
Get a Free Water Analysis!
Fill Out the Form to Get Started 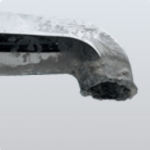 To be considered “hard water,” a water supply must contain high levels of dissolved minerals, usually calcium, magnesium, or iron. Hard water can have a number of persistent and expensive effects upon home owners and their property. Aside from causing dry skin and hair, hard water can damage almost anything it touches, including silverware and glassware, clothing, and home appliances. 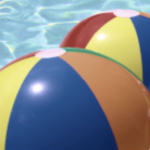 As a means of improving public health, chlorine has been utilized to kill bacteria in our drinking water, and the pipes used to transport it, since the mid 19th century. While chlorine serves a critical role in ensuring our water distribution systems are free of disease or other dangerous bacteria, it no longer serves a purpose once it reaches your tap. In addition to tasting and smelling bad, chlorine dries your hair and skin, fades clothing, and can substantially shorten the lifespan of home appliances by destroying their rubber seals. 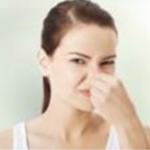 Hydrogen sulfide gas produces an offensive “rotten egg” or “sulfur water” odor and taste in the water. In some cases, the odor may be noticeable only when the water is initially turned on or when hot water is run. Heat forces the gas into the air which may cause the odor to be especially offensive in a shower.

A nuisance associated with hydrogen sulfide includes its corrosiveness to metals such as iron, steel, copper and brass. It can tarnish silverware and discolor copper and brass utensils. Hydrogen sulfide also can cause yellow or black stains on kitchen and bathroom fixtures. Coffee, tea and other beverages made with water containing hydrogen sulfide may be discolored and the appearance and taste of cooked foods can be affected. 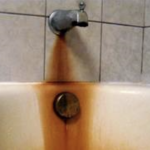 Iron is one of the earth’s most plentiful resources, making up at least five percent of the earth’s crust. Iron in well water is usually found in a dissolved state and may appear clear when first drawn from the tap. The maximum amount recommended in water is 0.3 mg/L which is same as saying 0.3 Parts Per Million or PPM. When the level of iron in water exceeds the 0.3 mg/l limit, the water may have a red, brown, or yellow color and stain laundry and fixtures. Red, brown or yellow well water is often a sign of too much iron.

Iron in water may also cause a metallic taste and an offensive odor. Water system piping and fixtures can become restricted or clogged. Appliances such as water heaters, dishwashers and washing machines can get plugged up with rust and sediment.

Iron gives water a disagreeable metallic taste. When the iron combines with tea, coffee and other beverages, it produces an inky, black appearance and a rusty, bad taste. 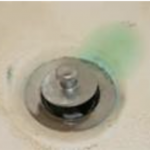 If your water has a low pH, meaning that you have high water acidity, you may see blue-green stains on your plumbing fixtures, faucets, and drains, as well as on bathtubs and sinks. Acid in water can even cause pinhole leaks in copper plumbing. Water that has a pH less than 6.5 is considered acidic and corrosive. Acid water has the potential to leach metal ions, including iron, manganese, copper, lead, and zinc, from aquifers, plumbing fixtures, and piping. Because of its corrosive nature, this water could contain elevated levels of toxic metals, damage metal pipes. Many people also find that low pH water has a sour or metallic taste (because of the dissolved metals). It can also discolor laundry as well as plumbing fixtures.

Crystal Clear Water Treatment offers solutions to all of these issues and more. Learn more about our water and air filtering solutions.

“We love our Rain Soft water softener and acid neutralizer! We’ve had it installed about 2 months, the results are night and day.”

“We love our new water filtration system and so far they have been great to work with.”

Get a Free Water Analysis! — Fill Out the Form to Get Started